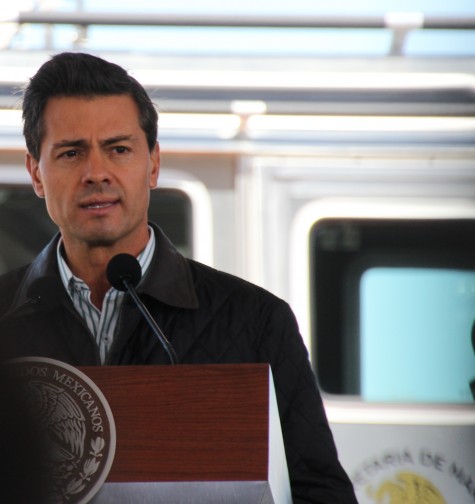 President Enrique Peña Nieto announces the latest vaquita conservation plan in front of a Defender high-speed boat dedicated to enforcement in the northern Gulf of California.

On 16 April 2015, Mexican President Enrique Peña Nieto announced a plan to increase enforcement, ban gillnets for 2 years within the range of vaquita and compensate the fishermen during the first visit by any Mexican President to San Felipe. The town is one of the two main fishing centers bordering the new gillnet exclusion zone. The Program on the Comprehensive Care of the Upper Gulf will require cooperative action by the State Governments of Sonora and Baja California, several federal Ministries, among them Interior, Defense and the Navy, Agriculture and Livestock, and the Attorney General’s Office. This public declaration of a program to save both the vaquita and the totoaba, emphasizing Mexico’s commitment to maintain the 10% of global biodiversity that occurs within its borders, can be an important step towards changing conservation practices.

The most recent Presidential Society letter cited the latest scientific assessment of the vaquita’s numbers (fewer than 100 individuals) and population trend (-18.5%/year) that was made public in July 2014 in a report of the fifth meeting of the Comité International para la Recuperación de la Vaquita) (CIRVA 5). The letter expressed extreme concern over continuing and extensive illegal fishing as shown by recent photographs (http://www.iucn-csg.org/index.php/2014/12/07/new-evidence-that-mexican-authorities-are-not-adequately-enforcing-fishing-regulations-to-protect-vaquitas/). Gillnets remain the greatest threat to coastal cetaceans and the banning of nets to save vaquita is an unprecedented action to be applauded by the Society. Nevertheless, only a permanent ban will truly save this species and alternative fishing gears need to be developed to enable a long-term solution. 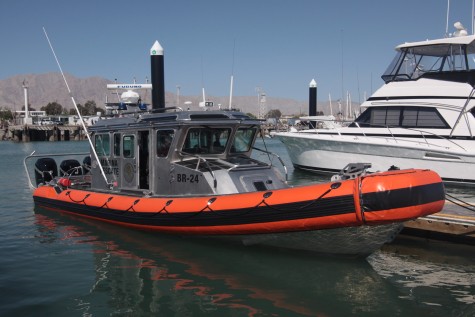 One of the five new Defender high-speed enforcement boats turned over to the Navy during the Presidential ceremony. Two of these will operate in the northern Gulf of California. Navy control of enforcement is a new and important step towards strengthening conservation in this area.

Within days following the President’s announcement and launch of the new program, reports were received of 85 pangas (gillnet fishing boats) entering the water at San Felipe and of more than 20 pangas fishing within Vaquita Refuge. Arrests of two offenders were made using the new Defender high-speed enforcement boats operated by the Navy. No illegal fishing within the Vaquita Refuge has been observed since the arrests although there are reports of nighttime fishing that will require special enforcement efforts.

A positive development is that vaquitas were seen and videotaped in April by a Sea Shepherd vessel (http://www.seashepherd.org/news-and-media/2015/04/22/miracle-on-the-water-1684).

A joint Mexico-US vaquita survey is being planned for later this year. It will include a strong acoustic component to cover the shallow portions of vaquita distribution.

Background on vaquita’s plight can be seen in a WWF-Mexico video (videographer Chris Johnson) that covers the events through about a year ago. https://www.youtube.com/watch?v=kA8X9a9Wq7o For more details not included in this news item about the visit by the President of Mexico announcing the Navy take-over of increased enforcement, the 2-year gillnet ban and compensation to the fishing community, see: http://www.utsandiego.com/news/2015/apr/16/endangered-vaquita-plan-save-gulf-california/ 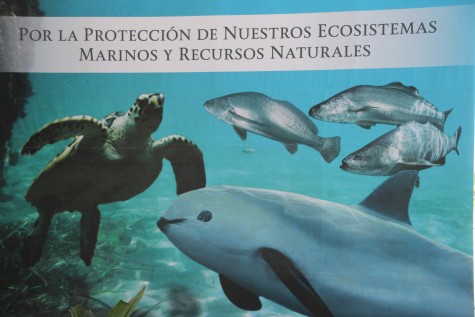 Backdrop to the ceremonial podium “For the protection of our marine ecosystems and natural resources” depicting sea turtles, totoaba and a vaquita. 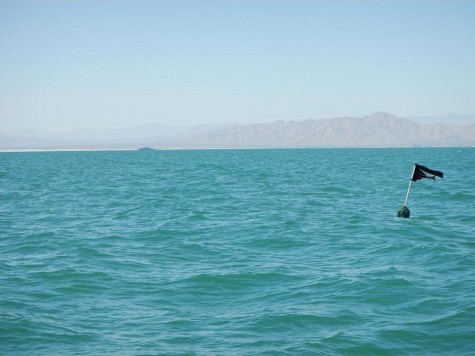