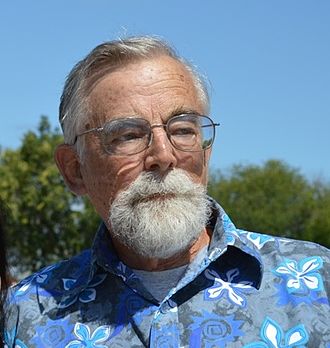 Earlier this month the marine mammal scientific community said goodbye to Dr. Bill Perrin.  For many of us on the SMM Board, past and present, Bill was a valued friend and colleague who gave so much to the Society.  His contributions to the SMM were many and only outdone by his scientific contributions to the broader marine mammal field.  The team at NMFS’ Southwest Fisheries Science Center wrote a beautiful remembrance for him.  Rather than recreate it, we thought it best to share it here.

Thank you to Bill for everything he gave to the SMM.  It was an honor to serve with him.

The SMM Board of Governors

Starting in the late 1960’s, as a student of Ken Norris and Carl Hubbs, Bill began conducting what would become critical early research on dolphins killed in the eastern Tropical Pacific tuna purse-seine fishery. His work highlighted the growing problems in this fishery, which in turn was influential issues leading to the enactment of the US Marine Mammal Protection Act of 1972. Additionally, the rigor and scope of his pioneering work on the taxonomy, life history, population ecology, and behavior of these species has raised the bar for all future studies. Bill can truly be considered the father of modern marine mammal taxonomy.

It is impossible to accurately convey the ways Bill has instrumentally changed and guided the field of marine mammal science. He has served as a president of the Society for Marine Mammalogy, chair of the SMM International Relations Committee, and founder of the SMM Taxonomy Committee. He has been an editor of Marine Mammal Science, associate editor of the Journal Mammalogy, editor of the Encyclopedia of Marine Mammals along with Bernd Würsig and Hans Thewissen, and editor of the World Cetacean Database. Over several decades, he has been a leader of critical cetacean conservation work done with many national committees like of Committee of Scientific Advisors, Marine Mammal Commission and international organizations such as the IUCN Cetacean Specialist Group and their Red List and the Scientific Committee of the IWC and the Scientific Committee of the CMS. He is also known for his work with numerous regional organizations, particularly his studies and capacity building in southeast Asia and western Africa. He and his wife, Dr. Louella Dolar, extensively studied cetaceans around the Philippines, and lobbied for their continued conservation.

For almost 50 years, Bill had a celebrated career at the NOAA Southwest Fisheries Science Center, where he served as a Senior Scientist for much of that time. He was also an adjunct Professor at Scripps Institution of Oceanography, UCSD and the University of Washington. Bill’s publication record is awe-inspiring. He not only wrote and co-authored hundreds of papers, but also edited many important books and special journal issues.

The students, coworkers, and colleagues around the world who have had the pleasure to be mentored by and work closely with Bill have all enjoyed not only his remarkable and organized mind, but also his passion for the work and unique sense of humor. Those who knew him well understood that his gruff exterior was only a thin cover for a man who was overly generous with his time and resources. He would regularly go out of his way to provide help to aspiring biologists, many of whom would later become friends.  The field of marine mammalogy has lost one of its most influential and important scientists and leaders.

We offer our love and support to his family in these difficult times. We take some comfort in the knowledge that his legacy will live on in all of us whose lives he has touched. We will miss him terribly.

In remembrance of Bill, a memorial service was held for him in San Diego, CA on Sunday, August 7th. A video of Bill Perrin’s memorial is available at https://memoryafilms.com/Perrin/ and includes the short portion of the reception that followed. The film will be available online for one year.