(This news item is written in collaboration with Sondra Katzen, Chicago Zoological Society)

The Society for Marine Mammalogy (SMM) announced the 2021/2022 that Dr. Randall Wells, vice president of marine mammal conservation and director of CZS’s Sarasota Dolphin Research Program, received the Kenneth S. Norris Lifetime Achievement Award. The announcement was made earlier this month during a virtual members’ meeting. 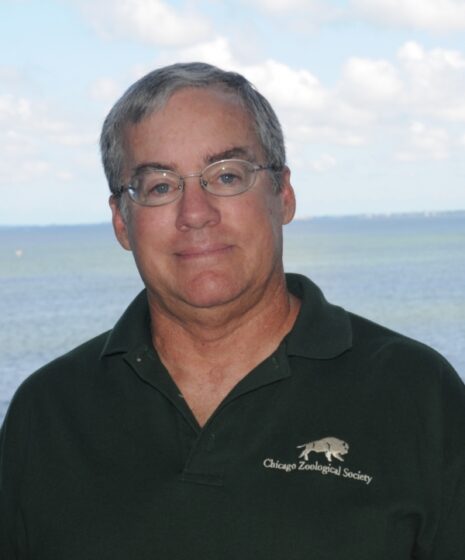 “A Norris Award winner’s career has significantly altered the course of marine mammal science— through their science and deeds they have made our field substantially better and more complete than if they had never turned their energy towards marine mammals,” said Charles Littnan, president of the Society for Marine Mammalogy. “Dr. Wells far exceeds this bar. His contributions to our understanding of dolphin biology, ecology and behavior and his commitment to providing opportunity and his knowledge to young researchers is unparalleled. He has inspired generations of researchers and his influence will be felt for generations to come.”

The award, which is named after the SMM’s founding president, acknowledges individuals for their exemplary lifetime contributions to science and society through research, teaching, and service in marine mammalogy. It is awarded every two years and is the highest honor bestowed on members of the our SMM community.

“I am truly honored by this award, and humbled by the list of folks who have received it before me,” said Wells. “As someone who was a Norris doctoral student; who worked with him for 12 years, including a stint as his dolphin lab manager at Santa Cruz; and who had the opportunity to see his incredibly insightful mind at work time and time again, unraveling dolphin mysteries, this award has particular meaning to me. I have to credit most of the achievements of the Sarasota Dolphin Research Program over the past 50-plus years to the efforts of a superb team of staff, students, and volunteers, as well as the support of the Chicago Zoological Society.”

In addition to being the current director of the Sarasota Dolphin Research Program, Dr. Wells co-founded the program in 1970, making it the world’s longest-running study of a wild dolphin population. Over the years, he and his team have made many contributions to knowledge of bottlenose dolphin behavior, social structure, life history, health, ecology, communication, and the effects of human activities on these complex marine mammals. The team also helps rescue entangled or injured dolphins, and has trained more than 400 researchers and students from more than 30 countries in dolphin research and conservation techniques that are now being applied to protect species around the globe.

Highly respected in his field, Dr. Wells also has assisted in studies, rescue efforts, and consultations for other marine life, including the highly endangered vaquita in the Gulf of California; spinner dolphins in Hawaii; Guiana dolphins in Brazil; blue, gray, bowhead, and humpback whales; manatees in Florida and Belize, Mekong River dolphins in Cambodia, and franciscana dolphins off the coasts of Argentina and Brazil, to name a few.

As a Norris Award winner, Randy will be providing a plenary talk on a topic of his choosing, and I am certain it something not to be missed.  There will also be a more formal award ceremony at that time so that we can honor Randy and his achievements appropriately.  So congratulations once again to Randy and thank you for your tireless work and continued contributions to our field.