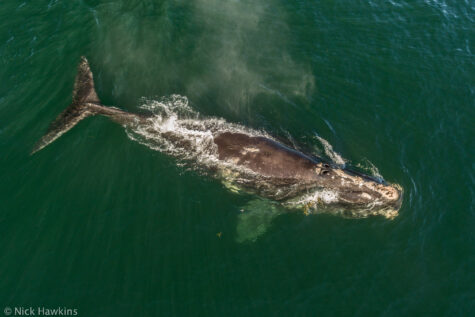 A North Atlantic right whale rests at the ocean’s surface. With an estimated 100 reproductive females remaining, the species could be unable to reproduce naturally in 20 years.

An interesting pattern of dead whales known to be killed by blunt trauma is that not all of them have broken bones. So if lethal collisions do not need to generate enough force per unit area (i.e. stress) to break bones, we wondered what a lethal amount of stress might be. We used simple models that incorporated whale biology, Newtonian physics and real-life observations to identify this amount of stress and it turns out many of the vessels on the ocean, large and small, can lethally injure large whales. Find out more about this study and get your questions answered during this 1-hour presentation followed by a Q&A session.

Dr. Sean Brillant presented this work on behalf of his co-authors. 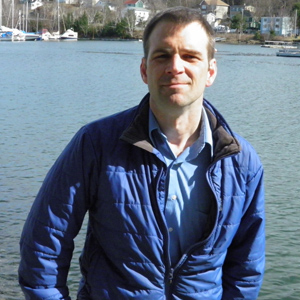 Sean Brillant is the Senior Conservation Biologist for Marine Programs at the Canadian Wildlife Federation. He is a marine biologist with a PhD in experimental ecology and a masters in pollution ecology. Since 1993, Sean has collaborated with wide ranges of resource users, landowners, governments, NGOs, and scientists to solve a variety of environmental issues. In 2007, Sean began working to reduce harmful interactions between human activities and marine wildlife, focusing particularly on entanglements of and ship strikes on whales. Sean is an active member of many local, national, and international initiatives working on marine conservation and education and is based at Dalhousie University in Halifax Nova Scotia, where he is an Adjunct with the Department of Oceanography. Originally from Saint John NB, Sean spent his school years exploring, studying, fishing, and freezing in the Bay of Fundy. 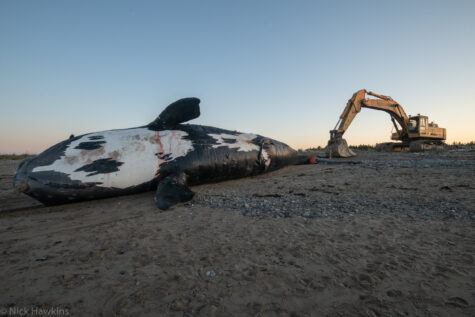